Hindsight in 2020: How Automotive Adhesive Products Have Changed 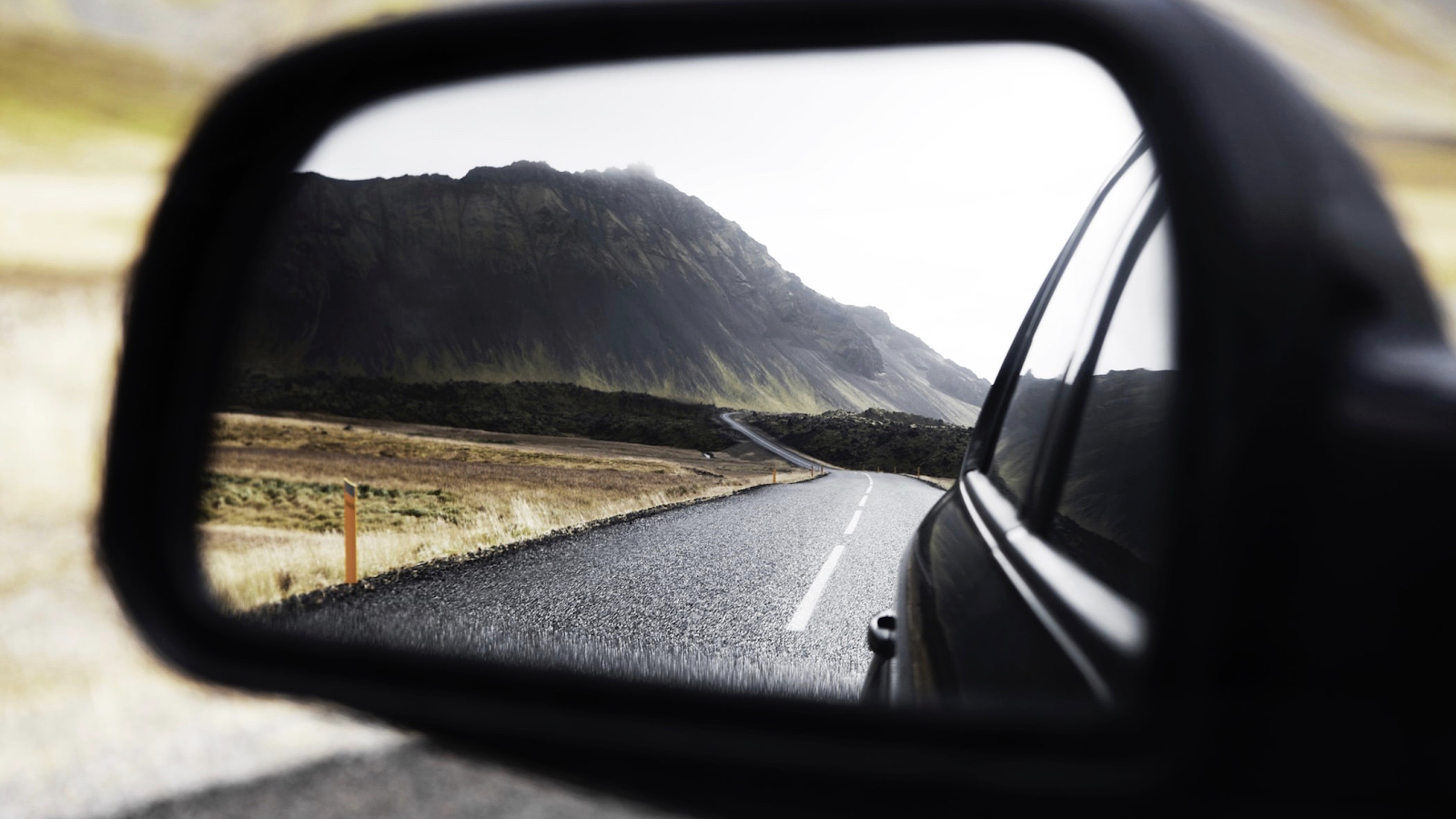 They say that hindsight is 20/20.  So, we’re ringing in the new year (and the new decade!) by looking back on the progress automotive adhesive products have made in the 21st century.  Twenty years may be a long time when it comes to manufacturing innovation, but it’s not nearly as long as the full history of adhesives in cars. In fact, early automotive adhesives—once used as bonding agents for wood and canvas—are as old as the industry itself.

It’s also safe to say that adhesives, more broadly, have come a long way since that time in Holland, around the year 1700, when the first animal glue factory opened up: 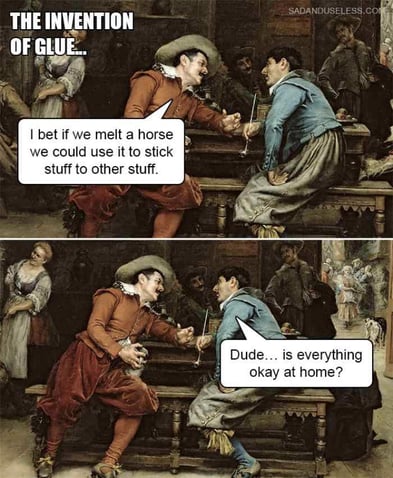 So, what about the changes we’ve seen in just the last 20 years of automotive adhesives?  Let’s start by asking ourselves three questions:

To get to the bottom of it, let’s look back at The New Century of Adhesives, a report by Adhesives & Sealants Industry from September 15, 2000.  Here are a few telling excerpts about the state of the industry at that point:

A few trends quickly arise from the report.  As of the year 2000, the “wish list” for new automotive adhesive products in the next millennium looked like this.  Manufacturers wanted more adhesives that could:

The reason for many of these is clear; the materials in car bodies were changing.  LSE plastics, mixed metals, and composites were taking over for predominantly mild steel design. Lightweighting has been a major catalyst for these changes. Look at how much light vehicle bodies changed from 1995-2015: 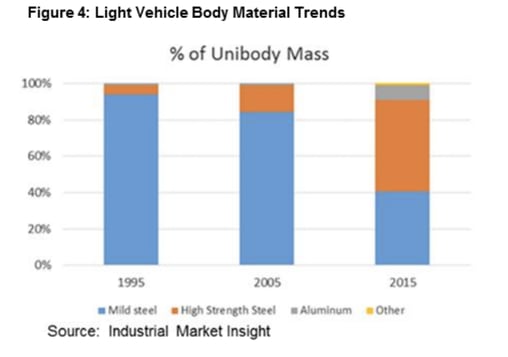 This, of course, translated into increased use of automotive adhesives like tapes and films that could cut weight while rigidifying the body. 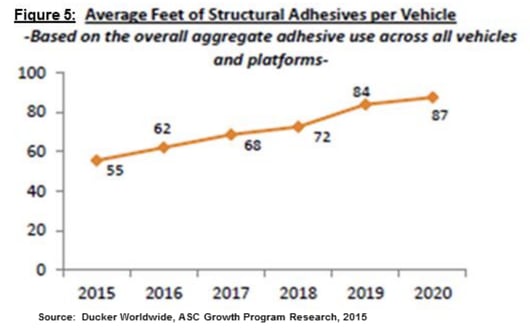 In fact, Reuters reports that by 2013, GM’s CTS sedan used 118 meters of structural adhesives (longer than a soccer field), which made it 40% stiffer than earlier models.  The adhesives also enabled them to use aluminum doors and shave off 25kg in weight. That same year, the Audi R8 was being fastened primarily by advanced structural adhesives that had been “developed to withstand racetrack vibrations and fierce heat.”

The evidence suggests that we’ve indeed accomplished many of the goals that the industry set in 2000.  So where are we trending now? What about the next 5, 10, or 20 years? CAR Research projects that adhesives will overtake all joining processes in the automotive industry in short order: 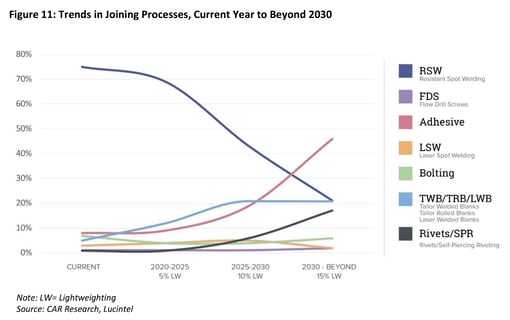 This growth is fueled by a steady stream of advancements over the past 20 years, such as:

With continuous R&D progress, automotive adhesive products are well-positioned to take over the industry in the 2020s and beyond.

Please Share This
Are Adhesives For Plastic Car Parts Different Than Options for Metal? 3 Adhesive Products That Ace NVH Ratings and Give Drivers a Quiet Ride